Pure ayahuasca paste activates the Pineal gland, this gland is closely related to religious mystical experiences according to the Amazonian shamans. It is one of the most powerful relaxants found on the planet and was patented in the USA as an antidepressant and has since then been declared a Cultural Heritage (2008) by the Peruvian Government National Directorial Resolution no. 836/INC.

It’s dosage leads to a trance-like state, wherein the user comes in contact with their innermost thoughts and feelings. Used extensively in traditional medicines by healers and shamans, this substance is not a drug. It does not lead to dependency, nor causes unbalanced hallucinations, or loss of consciousness. On the contrary, it gives the user complete control, heightened alertness, and control of the body.

Ayahuasca is a sacred plant medicine and an herbal agent that has profound and powerful healing properties for the physical, mental and emotional bodies.

Apart from its indigenous use as a medicine for the healing of the mind, body, and soul, studies in western medicine regarding its healing properties have been impressive. A study published in Scientific Reports journal in 2017 has shown the effects of caapi, alkaloids, harmine, harmaline, and tetrahydro harmine (which are MAO inhibitors), to increase brain function, work as an antioxidant and antidepressant, and help against Parkinson’s Disease. Also, Banisteriopsis caapi may help treat adult neurological disorders by stimulating neuroplasticity and its antioxidant properties can help protect the neural cell damage.

His product has NOT been treated with any type of pesticide, herbicide, or any other harmful chemicals 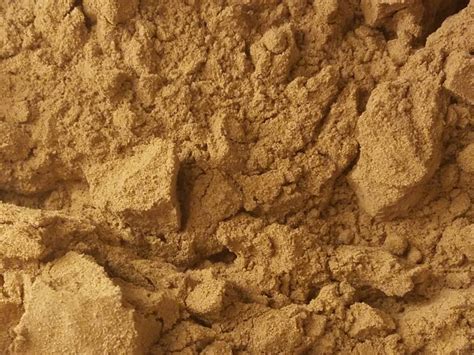 Banisteriopsis caapi Ayahuasca: Many tribes regard Banisteriopsis caapi also known as Ayahuasca as a plant of the gods. Known as a Master Plant Teacher, this giant woody vine grows in the lush Amazon rainforest of Peru and Brazil, with many curious characteristics and properties that have drawn worldwide attention. It belongs to the Malpighiaceae family and has been traditionally used by countless South American tribes inhabiting the Amazon for thousands of years. Banisteriopsis caapi is a perennial vine native to the Amazon rainforest. The site of its thick, woody twists is quite captivating. This magical plant is deeply rooted in the history and tradition of natives of the Amazon region. We proudly offer powdered Ecuadorian vine. We also offer a variety of other forms and colors of yage vine.

Known most commonly for its healing power, this vine is richly steeped in cultural mythology and tradition. Although it is revered internationally it is still considered to be a very mysterious plant, arguably one of the most fascinating and culturally rich plants on earth.

Apart from its indigenous use as a medicine for the healing of the mind, body, and soul, studies in western medicine regarding its healing properties have been impressive. A study published in Scientific Reports journal in 2017 has shown the effects of caapi, alkaloids, harmine, harmaline, and tetrahydro harmine (which are MAO inhibitors), to increase brain function, work as an antioxidant and antidepressant, and help against Parkinson’s Disease. Also, Banisteriopsis caapi may help treat adult neurological disorders by stimulating neuroplasticity and its antioxidant properties can help protect the neural cell damage.

The vine possesses a rather distinct appearance, with a circular twisting shape that bears many branches and leaves. It has been recorded to grow on average of 40 ft in height! The leaves of the caapi are opposite, green, oval-shaped, pointed on the end, and smooth. The flowers are petite (12-14mm in diameter and 2.5-3mm long) with a white to pinkish color when in full bloom. They are indeed a special and rare sight to see. Small fan-like seeds are produced that are green in color when fresh and fade to brown when dried. It thrives in humus-rich and moist soil, with lots of water such as in warm tropical environments.

​Banisteriopsis caapi (also known as Ayahuasca, Caapi, or Yage) is a vine that has had a long history of entheogenic use and has been regarded as a “plant teacher”. Traditionally, Banisteriopsis caapi has been used medicinally among the indigenous peoples of the Amazon rainforest. The name Ayahuasca literally means “vine of the soul”.

Banisteriopsis Caapi is a liana from the Malpighiaceae family that is found mainly in South America. The plant thanks to its name to John Banister, a 17th-century vicar, and naturalist/botanist. B. Caapi is an MAO inhibitor and, in addition to a DMT-containing ingredient such as Chacruna or Mimosa Hostilis, the main ingredient of the holy beverage Ayahuasca. Banisteriopsis Caapi is often called Ayahuasca because of its important function in the brew.

There are more than 42 native names for Banisteriopsis Caapi, including the most common Ayahuasca, Caapi, Yage and Yaje. The beta carboline alkaloid in the liana causes DMT not to break down in the stomach by temporarily inhibiting the enzyme Monoamine Oxidase. DMT-containing plants therefore do not work without an MAO inhibitor. However, Mimosa is the only plant that remains active, even without the use of an inhibitor.

In some native Amazon cultures, shamans brew a ceremonial drink of Banisteriopsis Caapi without the addition of a DMT-containing ingredient. The effect is less hallucinatory but with the same spiritual and deep cleansing effects.

Since ancient times, shamans use B.Caapi in rituals to enhance their perception. There is a lot of knowledge and practice needed to use Ayahuasca, so approach with respect for your own safety. You can use this liana on its own or adding a second plant with DMT. Banisteriopsis Caapi ensures DMT becomes active by temporarily disabling the enzymes in the mouth. This process is called monoamino oxidase inhibition (please read the warnings below).

Use sufficient water to cook the liana (cut or resin). Once cooked, put the fire to the lowest position. Some people let it simmer for 4 hours while others choose to do it for up to 12 hours. Sometimes you have to add some extra water in between.

In any case, make sure the brew always has enough water to make sure the active substances can dissolve as well as possible. Once the brew is finished, first filter it to remove all remaining little pieces of liana. Finally it has to be cooked once more until a drinkable amount is left. If desired, add some vinegar or lemon juice. This causes the active substances to be extracted faster.

A dosage may vary between 25 and 150 grams. This depends greatly on the quality, type and also on the experience and sensitivity of the drinker.

Banisteriopsis caapi is a natural product. The strength can vary per gram. Brewing Ayahuasca is a matter of trying out which dose and what way works best for you. There are many different recipes available on the internet and in shaman books.